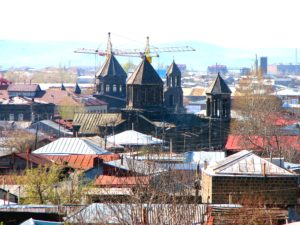 Gyumri, once a bustling city in Shirak province, Armenia, boasted a population of nearly 225,000 people.  The economy was strong, powered by robust factories specializing in textiles, food processing, light industry, and machine building. These factories were what made Gyumri a primary industrial center in the former Soviet Union.  On December 7, 1988 this Gyumri ceased to exist.

An earthquake with a magnitude of 6.3 struck the region killing tens of thousands of people and injuring 130,000.  This all happened in less than 1 minute.  Shortly after, an aftershock of 5.3 magnitude destroyed the city even further.  In Gyumri, 62% of buildings which stood higher than 4 stories were destroyed (1).  This left 25,000 homeless.  To house the people who lost their homes, the government quickly built what were meant to be temporary shelters.  Till today, 2,500 families are still living in these makeshift homes which tend to lack basic needs such as water, electricity, and gas.

Upon Armenia becoming and independent country, Gyumri’s challenges were overshadowed by Armenia’s national issues including the war with Azerbaijan for Nagorno-Karabakh (Artsakh).  The result has been massive emigration of Gyumri’s citizenry to primarily the capital, Yerevan, and to Russia and other nations.  Some numbers suggest only 70,000 people remain in Gyumri, with people leaving daily in search of a better life.  Gyumri experiences the highest rate of depopulation and poverty anywhere in Armenia . 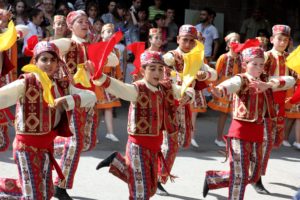 Gyumri is the city of masters. The craftsmen (stone masons, blacksmiths, jewelers, carpenters) express endless devotion towards their valuable skills, inherited from their ancestors. Art, education and science are the highest values for the people of Gyumri. One of the greatest folk bards created his works here. Bards such as Sheram and Shirin were born and grew up here.

Currently there is a symphonic orchestra in Gyumri, a folk instrument orchestra, the “Gohar” music ensemble, the multiple international award-winning “Deghdzanik” children’s choir, Shaboyan’s dance ensemble, The Dance Center, Sports and Dance School, the Municipality Brass Band, the Dramatic Theater and the Puppet Theater. National and modern dances are taught in all of the kindergartens. In art schools, great attention is paid to the teaching of national instruments. 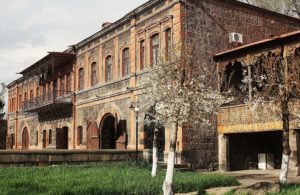 There are many museums in Gyumri, notably the Museum of Architecture and Urban Life of Gyumri, the Shirak Geological Museum containing the largest collection of artifacts in Armenia (about 30,000 pieces), and several house museums such as those of Avetik Isahakyan, Hovhannes Shiraz, the Aslamazyan Sisters and Mher Mkrtchyan. 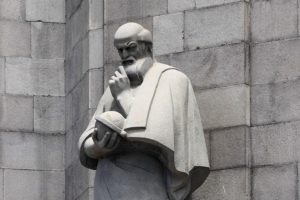 There are dozens of universities and their branches in Gyumri: the Pedagogical University, State Architectural University of Armenia,  Anania Shirakatsi, “Progress”, “Haybusak”, Academy of Arts with departments of art, cinema and theater, music. There are also several colleges, as well.

Gyumri has 42 schools and colleges, 26 kindergartens, eight art and music schools. Gyumri art (painting) school is the oldest in the Southern Caucasus, having opened in 1921. 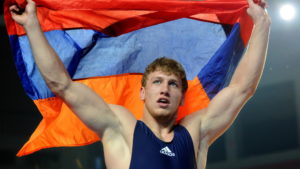 Gyumri is one of the world’s most athletic cities, mostly famous for its weightlifters and wrestlers. Gyumri had four Olympic champions, and 26 World and European champions. Gyumri athletes have set 52 world records. In terms of the number of world champions and records set per 10,000 residents, Gyumri is the most successful athletic city in the world.

In the city’s 28 sports schools, 7,200 sportsmen are developing their athletic skills. The city is also home of the Shirak football club. 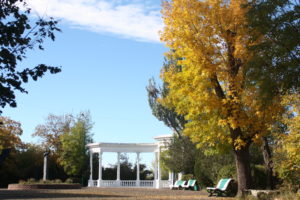 Gyumri, one of the oldest cities in the world, still hides mysteries and fascinating undiscovered values. There are many unexcavated archeological sites where evidence of early human history can be found. There are localities that contain data of people who lived in this area around 2700-2400 BC.  Gyumri and its surrounding areas have been populated for thousands of years. The settlement named Kumayri first is mentioned in 774, and then again in the 13th century. No further information about the settlement was recorded until the beginning of the 19th century. Armenia was the first nation to adopt Christianity as their official religion. Therefore, there are several hundred year old churches throughout its territory. 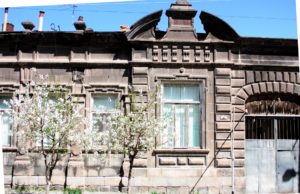 The Kumayri Historic District is the oldest area of the city, full of traditions and culture. People from all over the world are attracted to the historic district, because of its unique houses, amazing churches and delightful cuisine. The city has recently become part of the World Monuments Fund. Gyumri’s architecture is just one of the major attributes that contains a long and rich history. Houses in Gyumri are built with indigenous red and black tuff, a volcanic stone used for construction.  The “Kumayri” Historic District, a museum under the open air, has over one thousand 18th and 19th century buildings and it is the only place in Armenia where people can see an authentic historic Armenian city.  There are remains of V-VII century churches in the city area. Some of the most majestic medieval Armenian architectural monuments are in the surrounding areas of the city. Some of them are Yereruk, Marmashen monastery (X-XI centuries), Harich monastery (VII-XIII centuries), Lmbatavanq monastery (VII century), Sarnaghbyour monastery (beginning of XIII century), Artik St. Mother of God (VI century), St. Gevorg (VII century) and Pemzashen churches, Karnut and Lernakert basilica churches (V-VII centuries), Gusannagyugh fortresses and palace (I-XIV centuries), 5000 year old settlements in Horom, Qeti, Shirakavan, Artik, Beniamin, Kaps, Azatan and Jrarat. 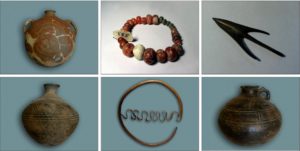 There are tombs, cyclopean and Urartian period fortresses and inscriptions. The first written evidence about Kumayri-Gyumri are the Urartian inscriptions of King Argishti I, dated 774 BC. According to academician Manandyan, the rich and crowded city “Gyuminas” mentioned in Greek historian Xenophon’s “Anabazis” is present day Gyumri.

In ancient times, Kumayri-Gyumri was the trade crossroad for different nations.  The roads to Armenian Dvin, to capital Ani would go through Gyumri to connect with Georgia and Trapizon.  Kumayri-Gyumri was a famous educational and scientific center. According to tradition famous calendar maker, geographer and mathematician Anania Shirakatsi, middle age renowned church figure and skilled master Barsegh Tchon, taught in Dprevank. 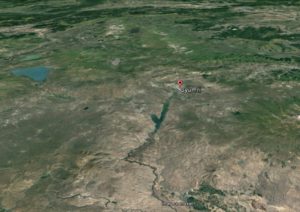 Gyumri is situated 126 km from Yerevan (capital of the Republic of Armenia). It lies in the northwestern part of Armenia in the central Shirak Highland. It sits 1550 feet above sea level, with a territory of 4429 hectares. Gyumri is the regional center and has history dating back at least five thousand years. Geographically it is situated in the Shirak Valley, on the left bank of the Akhuryan river. Gyumri is just north from the highest mountain in Armenia; Aragats. Four branches of the Akhuryan river flow through the city; Gyumrichay, Ghorghoba, and Boshichay the river of the Cherkez canyon. The climate is very dry.